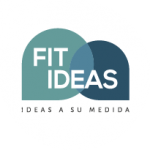 The role of education in the 4th. Industrial Revolution

The world is changing at a dizzying pace, the convergence of countless technologies, as well as the generation of new paradigms in all areas of the development of our society pose an unprecedented panorama whose impact on humanity is very difficult to predict, not even the most expert dare to predict what the world will be like in a few years. From the way in which individuals interact, education, work to very complex issues such as economics or politics will inevitably be different even in the short term. It is interesting to see how a number of applications of new technologies arise daily and how these in turn give rise to more and more changes in our daily lives. It is like a snowball whose size and scope is an unknown that can hardly be solved.

The fourth industrial revolution poses enormous challenges for all societies, even more so for those that like ours, are in the process of development. It is not a secret that the most advanced countries already have a terrain traveled during the last decades with the consequence of having developed tools and mechanisms that leverage the implementation of solutions to problems and challenges once without clear forms of solution. We see how the world economy revolves around the large dominant companies in the use of these technologies regardless of the vertical business to which they belong. Tourism industry without hotels, transport companies without vehicles, banks without physical branches, universities without classrooms, gigantic shopping centers without a physical location are just the best known examples of such new paradigms in the way of doing business.

According to the Inter-American Development Bank, development initiatives in Latin America have arrived late and the 4th. Industrial revolution is no exception, even broadband coverage and the number of computer terminals in the region is low but we are constantly hearing news about how these connectivity gaps are getting smaller. However, if the appropriation of new technologies is of concern. A reality with which we are fighting daily is the shortage of professionals with the fundamentals required in these technologies that demarcate the path to digital transformation, this situation probably caused by young people not seeing in these emerging sciences a real opportunity for professional development, others do not even have the necessary foundations to build on the basis of their basic education the foundations of a professional career of some complexity and finally there are the most dramatic and discouraging cases in which access to quality education is a utopia.

From my point of view, the latter is one of the most important challenges facing our societies in Latin America, beyond encouraging new ventures and countless rounds of investment in new startups, we will be forced to live with a deficiency of professionals which will generate very difficult competition conditions so that our companies can become competitive. The resources are finite and human talent much more, with the aggravating fact that we all dream of reaching Silicon Valley.

Coordination between different axes of society is necessary, which is not an easy task. The productive sector must be very aligned with the academic and with the government, it is of little use for the government to execute unprecedented budgets to strengthen the internal capacities of companies if an equal or greater effort is not made to strengthen the capacities of individuals who Finally, it is those who integrate these companies, the imbalance is notorious and it is pertinent to continue strengthening and leveraging the academic development of people even from the earliest stages while boosting the growth of startups.

Let's look back at the training centers and give ourselves the opportunity to train full citizens with the skills to be active participants in the already under way 4th. Industrial Revolution. 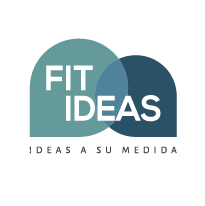